Add to Cart Add to Lightbox

The blacktip shark (Carcharhinus limbatus) belongs to the family of Carcharhinidae. He is present in three big oceans and in the Mediterranean Sea. He can live 12 years for a maximum size of 2,80m. One distinguish them by blackpoint on the pectoral, dorsal, pelvic fins and the caudal fin. The body is grey with reflections bronze and the white stomach. Shark viviparous animal (birth of the young already formed sharks), females can carry about ten youngs every two years. The blacktip shark is endangered by its intensive, commercial and sports peach. He is classified "almost threatened" by the Red List of the UICN. 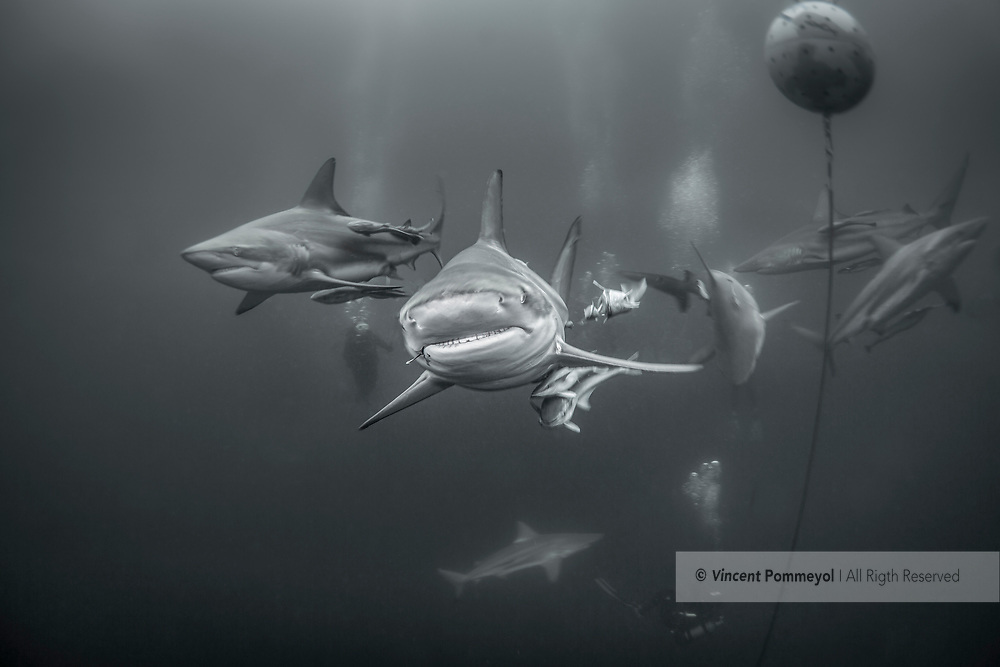